“Fame Farm is where famous brands come to grow”

We offer use of our state-of-the art license application and agreement templates and then collaborate with your legal counsel to secure a win-win partnership.

What Sets Us Apart ?

Fame Farm’s resources support a small number of properties so that each client is afforded a specialized and strategic program employing the totality of the company’s full-service expertise.

Ready to get started? 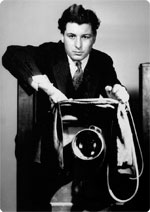 George Hurrell (1904-1992) was a photographer who made a significant contribution to the Golden Age of Hollywood’s depiction of Hollywood glamour during the 1930s and 1940s.

Hurrell, who was a household name during the ’30s and ’40s, was famous for photographing the biggest Hollywood stars at MGM, Warner Bros. and Columbia Studios. His striking black and white images were used as promotional stills for some of the biggest films of the era.

His photographs have been featured in major exhibitions at the Museum of Modern Art, New York; the National Portrait Gallery, Washington D.C.; the Metropolitan Museum, New York and the Los Angeles Museum of Contemporary Art.

George Hurrell and his photography are featured  topics in a number of major publications and a documentary film. 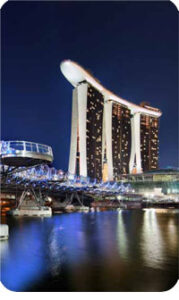 As one of the most recognizable icons of Singapore’s skyline, the trio of Marina Bay Sands® Hotel towers ascends skyward and is crowned by the magnificent Sands SkyPark®. Home to one of the largest collections of the world’s most coveted designer boutiques and celebrity chef restaurants in the region at The Shoppes at Marina Bay Sands®, the infinitely configurable Sands Expo and Convention Center, the iconic ArtScience Museum and world-class entertainment at the theaters, Marina Bay Sands is truly Asia’s ultimate destination for business, dining, shopping and entertainment.

Marina Bay Sands offers a rich assortment of brand assets which may be leveraged to provide exceptional licensing opportunities for a broad range of product and service categories. The new Marina Bay Sands licensing program centers on branded sensory offerings that incorporate and reference the property’s unique strategic ingredients. The program includes all of the destination’s impact centers including the Sands SkyPark®, Art Path, ArtScience Museum and SweetSpot®. 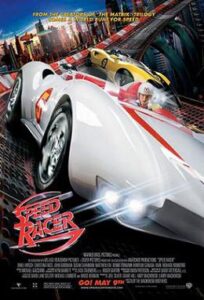 Speed Racer is the adventures of a young race car driver, his fabulous car, and his close-knit group of family and friends. Originally a Japanese comic strip called “Mach Go Go Go,” the animated series Speed Racer has now become a cult classic and one of the most popular “Japanimated” series to hit the U.S. airwaves. Featuring Speed and his ultimate driving machine the Mach 5, Speed Racer combines racing with intrigue. Joining Speed is an unforgettable cast of characters, including Mom and Pops Racer, girlfriend Trixie, little brother Spritle and his pet monkey Chim Chim, mechanic Sparky and the mysterious Racer X.

Speed Racer began as a Japanese “Manga” entitled Mach Go Go Go created by Tatsunoko Productions in 1966. In 1967, the 52 episodes of the series were dubbed into English and syndicated nationally on television. For nearly 20 years, Speed Racer ran in the afternoons five days a week. During this time the world of Speed Racer was deeply etched into the memories of millions of youngsters who would rush home from school to see the show.

Send us a Message